Solar industrial heat is a growing segment worldwide with at least 817 plants in operation by the end of 2019, but just one under construction in Brazil. To encourage discussions among politicians and investors about Brazil’s SHIP market, Solar Payback has published an Industrial Solar Heat Strategy for Brazil (see flyer attached). The 8-page flyer illustrates how 7.5 million m² of collector area could be added in the next five years across three major industry sectors, namely food and beverages, chemicals, and pulp and paper.

The strategy is based on calculations that assessed the economic feasibility of more than 50 case studies. They included averaged real-world data on irradiation, fuel prices, solar equipment costs, loan interest rates, among other factors.

The following chart taken from the Industrial Solar Heat Strategy illustrates the technical potential of SHIP in the selected industries. Before designing an otimised SHIP system, waste heat recovery potential – which is typically between 20 and 30 % – is required. SHIP can then meet between 25% and 35 % of the remaining demand. Considering a collector area of 1,000 m² producing an average of 758 MWh in Brazil, 7.5 million m² are necessary to cover the yellow marked shares of the heat demand in Food and Beverage (2.9 million m²), Chemicals (1.9 million m²) and Pulp and Paper (2.7 million m²). 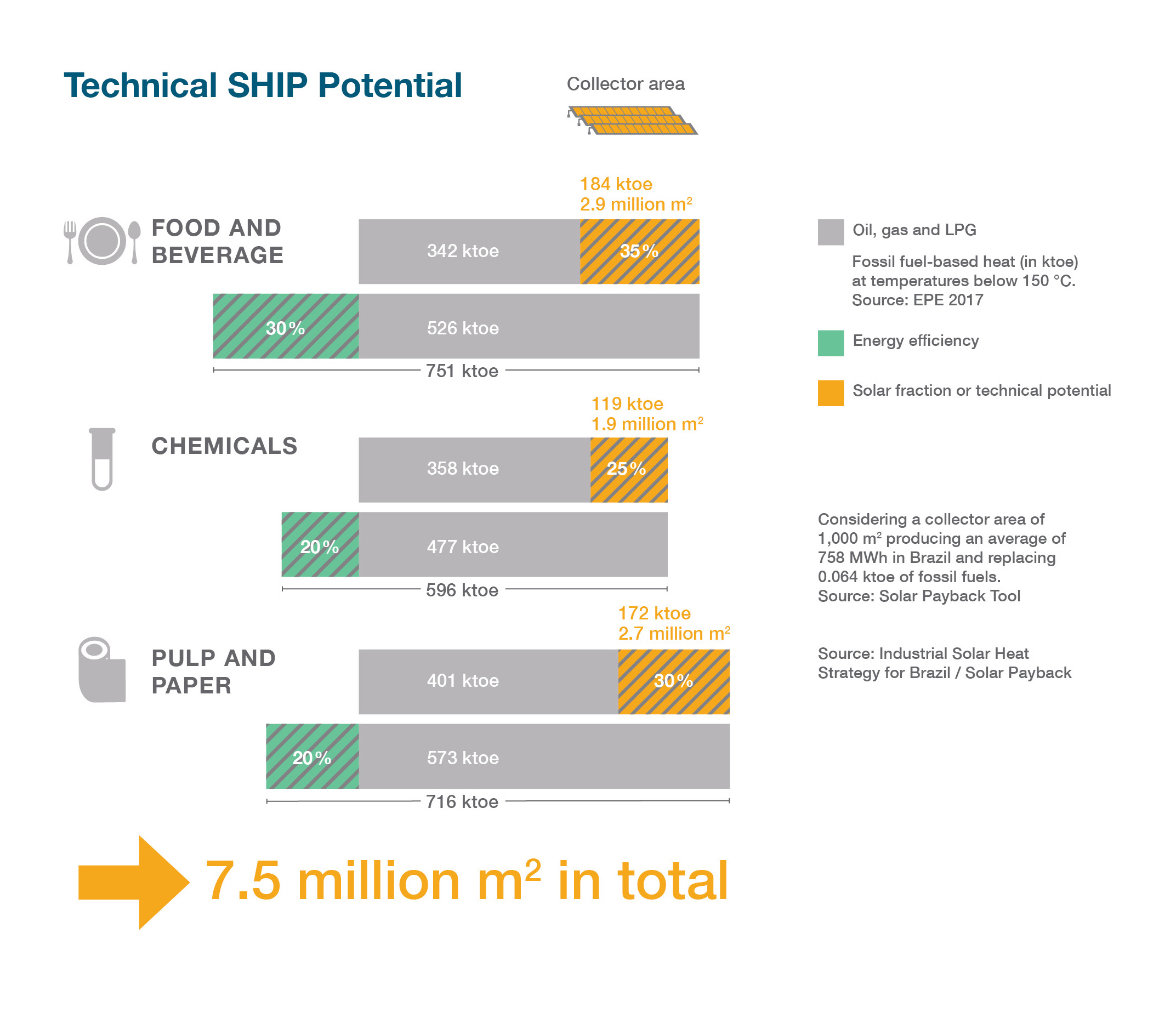 Which actions are necessary to implement 7.5 million m² in a profitable way?

This is the key question to be answered in the strategy. A SHIP plant is considered profitable if the IRR (Internal Return of Investment) is higher than the WACC (Weighted Average Cost of equity and dept Capital), i.e., meaning the net rate of return exceeds the cost of finance.

The profitability depends heavily on what fuel has so far supplied thermal energy in a manufacturing business at which temperatures. The case study calculations show that SHIP has already become cost-competitive in LPG-fired factories, but concessional credit lines from international donors are necessary to increase IRRs for gas, fuel and oil using factories.

Finally, three measures are identified that are necessary to implement the Industrial Solar Heat Strategy and the actions depend on the type of fuel and the temperature range of the heat needed in the factory (see pie chart below). 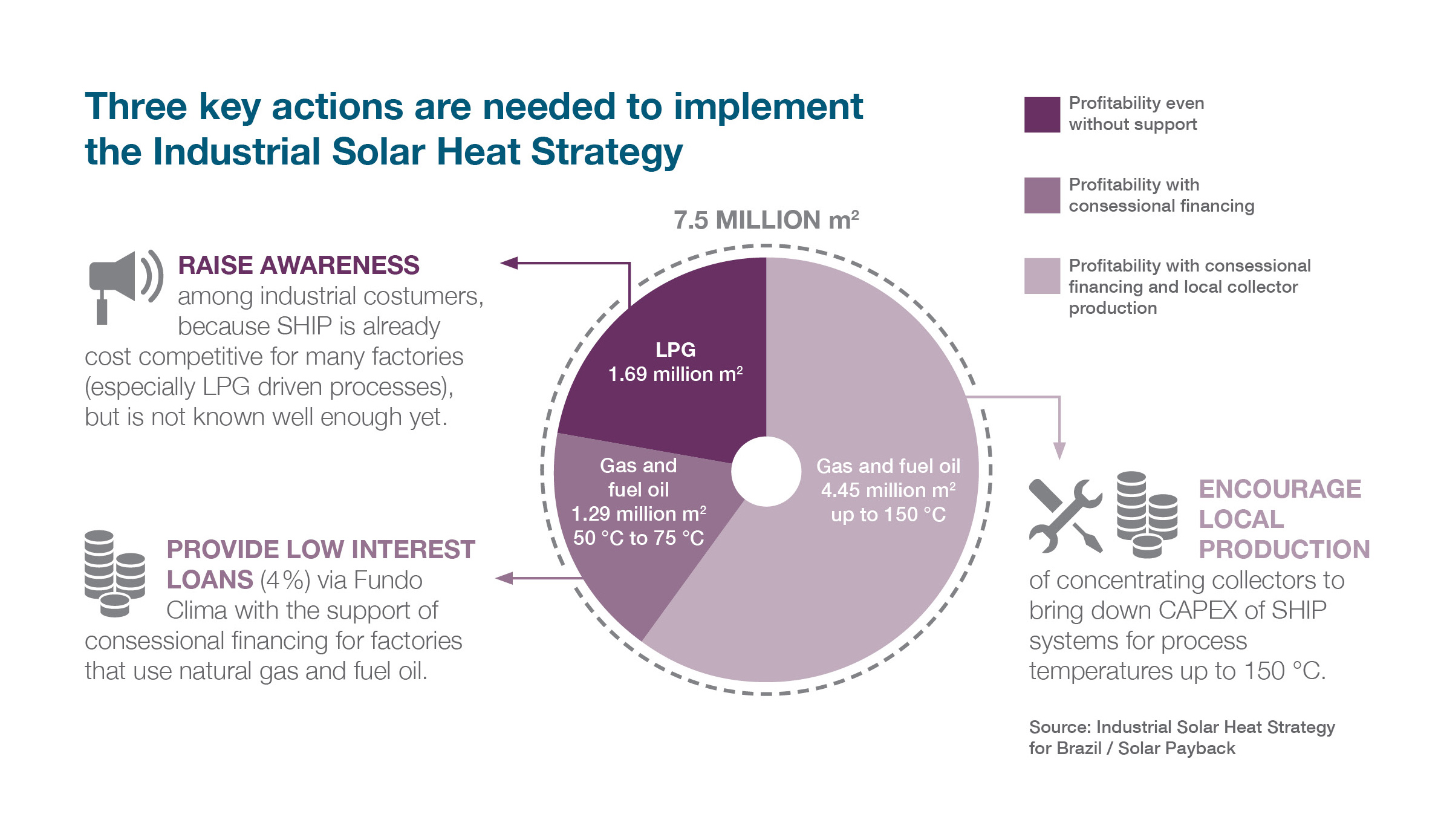 Webinar on 10th July: The Heat is On – SHIP potential in India

Improving the operation of concentrating collectors