The presentation of Johannes Michel on the Solar Payback project highlighted the main objectives and activities of this multinational project across South Africa, Mexico, Brazil and India. The project aims at increasing the willingness to invest in solar thermal technologies in these four partner countries – ultimately aspiring to break the “vicious circle” of low deployment rates, high upfront investment costs, long payback periods, low awareness and little visibility of existing systems.

In his speech on concepts, design and potential impact of SHIP and Energy Service Company models Henning Holm of Holm and Friends stressed the maturity of solar thermal technologies and the significant returns under the right conditions. He outlined how ESCO models can assist in increasing solar heat for industrial processes deployment by identifying the main SHIP barriers. 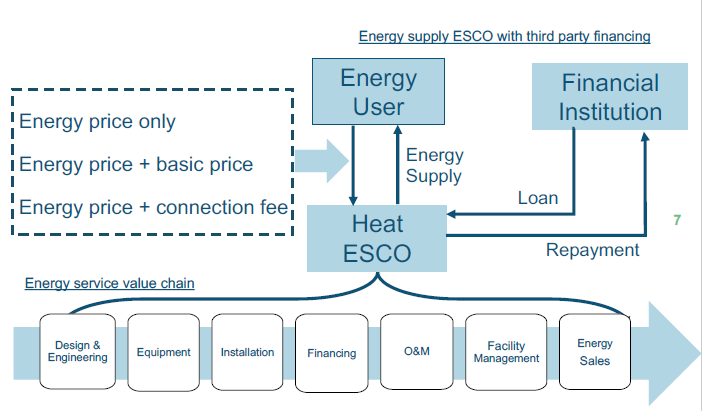 The workshop also allowed an open discussion enabling delegates to discuss further on widespread barriers identified in SHIP projects primarily the deficiency of financing, technical maintenance requirements, availability of technology, awareness, and policies. Recommendations jointly developed in the course of the workshop have formed the base for a policy advisory document intended to be handed to decision-makers in order to involve policy makers in the development of SHIP projects. The major issues raised are not necessarily in funding but rather that the client acquisition costs are higher for SHIP projects and that financial framework conditions can be demanding. It was suggested that a pilot SHIP plant in industrial zones (cluster development) might be a way to demonstrate the viability of the technology and to create awareness. One or two areas where such a cluster could be implemented should be identified and the South African Department of Trade and Industry is willing to assist by assessing plausibility where to place such a pilot project.