India’s demand for industrial heating is over 1,300 TWh annually – as shown by the Annual Survey of Industries – and it offers ample opportunities for supplementary use of sustainable technologies such as solar thermal. As a part of the ongoing Solar Payback project two workshops focusing on Solar Heat for Industrial Processes (SHIP) were successfully organised at Bengaluru and Mumbai for representatives of the potential industries.

The initiative by German Solar Association was welcomed at both venues and the ensuing debates identified crucial concerns that need to be addressed to accelerate the use of solar heat for industrial processes.

The event at Bengaluru saw an audience of experts who are the key ambassadors to address in terms of energy efficiency in industrial processes. The participants were very much in favour of recommending solar thermal but voiced lack of knowledge of the technology and its profitability. In a sector where photovoltaics had virtually shadowed the solar energy sector solar thermal is struggling to find its place. Several attendees expressed regret about  underperforming systems owing to various engineering challenges that need to be addressed on priority in order to see a growth of SHIP. This opens up opportunities for entrepreneurs and successful global manufacturers to establish their foothold in India with well-established solar thermal technologies.

Jan Knaack of German Solar Association (BSW) gave an overview of the Solar Payback project and its achievements in cooperation with the four partner countries Mexico, South Africa, Brazil and India. Jaideep N. Malaviya, chief project executor from the Solar Thermal Federation of India (STFI) and one of the representatives for Solar Payback in India, presented the findings of a study on accelerating deployment of SHIP. Dairy processing, food processing, pharmaceutical drug manufacturing, breweries and automobile component manufacturing, that require heat up to 120OC, can be the immediate beneficiaries of solar heat. 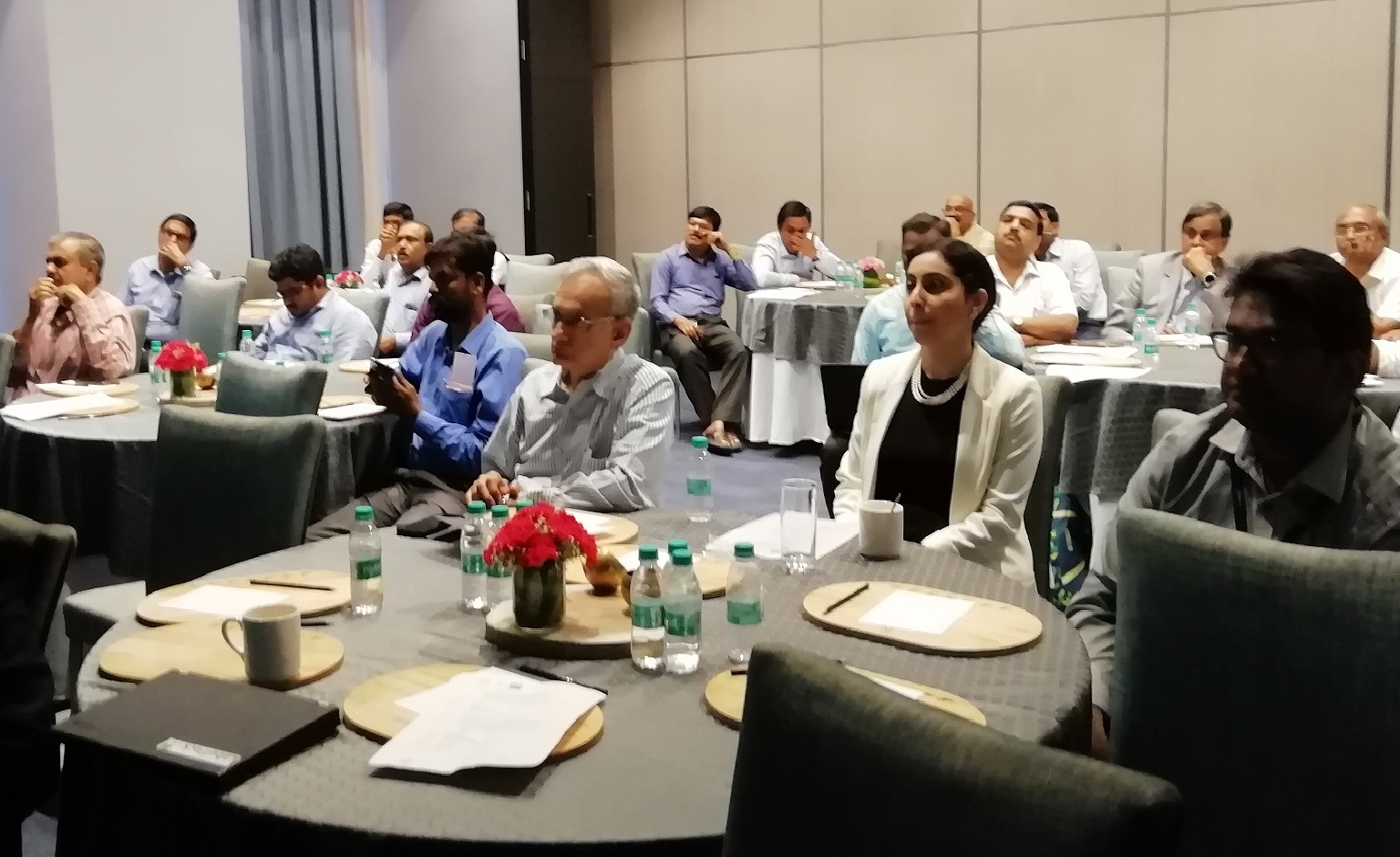 The successful case studies of Hatsun Agro and the National Dairy Development Board (NDDB) were further highlights of the event. India is the world’s largest milk producer and 75% of the thermal heating requirement in this sector is under 100 OC. This is a low hanging fruit that should be targeted. 45% of the present SHIP installations in India – close to 12,000 m2 of installed collector area – is in dairy processing. NDDB undertook an exhaustive scientific study on identifying the potential of using concentrating solar thermal by choosing three sample dairy processing industries. This approach set a benchmark and could be reproduced in other identified potential industries.

Another notable presentation was given by Nuetech Solar about use of hot water up to 70 °C  in the sericulture industry for producing silk yarn from the raw cocoon of the silkworm. Solar water heaters with flat plate collectors installed at the tiny and small-scale silk units heat up the water that is used extensively in silk reeling. The size of each unit is small, but considering the more than 20,000 processors the amount of energy saved is colossal.

In order to better reach the identified potential industries in the country it was also proposed to conduct a webinar on the benefits of SHIP and to therewith present the successful case studies. This might help generate increased awareness and assist in accelerating the use of SHIP. India already has over 30,000 m2 of installed SHIP collector area using concentrator technologies in multiple industrial sectors under the GEF-UNDP and GEF-UNIDO programmes.

This article was written by Jaideep Malaviya, an expert in solar thermal based in India. (malaviya@solrico.com)